The Beaver Meadow Veterinary Clinic is located in the heart of Barneveld, NY, just north of Utica and at the base of the Adirondacks. Our goal is to provide quality care and service to our clients and their animal family members, while maintaining a hometown atmosphere. We strive to enrich the lives of our clients and their pets by continually educating our staff and clients. With a dedicated, enthusiastic team, we serve our clients, their pets and our community. Dr. Diana grew up in Yorkville, NY and graduated from New York Mills High School in 2000. In 2004 she
received a Bachelors of Science in Biology with a minor in Chemistry from St. Lawrence University. She then
returned to her hometown to continue working as a zookeeper for the Utica Zoo, which she had done during her
summer vacations throughout undergrad. Later in 2004, Dr. Diana decided to expand her small animal
experience and went on to join a small animal practice in Colonie, NY as a Veterinary assistant/kennel
manager. In 2006, she was accepted into the Cornell University Doctor of Veterinary Medicine program where
her focus was small mammals/exotics as well as dogs and cats. As of March 2012, Dr. Diana became the new
owner of the Beaver Meadow Veterinary Clinic. Dr. Diana’s hobbies include running with her dogs, fishing,
cycling, hiking, camping and snowmobiling. Her all time favorite thing is watching Syracuse Basketball and
Football! GO ‘CUSE!!! She shares her home with her husband “Farmer” Adam, her daughter Juniper, son Buckley,
daughter Daisy Mae, daughter Poppy, Cairn Terrier, (Sherman), 2 Labrador Retrievers (Mac and Ronnie),
Anatolian Shepherd (Gobi Bear), 5 cats (Tundra, Taiga, Bob, Ariel and Pinkie Pie), Guinea Pig (Snuggles),
horse (Dolly), miniature donkeys (Clive, Claire & Julianna), goats (Stanley, Blanche, Dorothy, Rose
& Sophia), pet cows (Ellena & Patsy), pet pigs (Nelson, Cheeto, Olive & Opie, 3 Sebastapol
& 3 Toulouse Geeses, several breeds of chickens, ducks and quail!!! Dr. Hilton is originally from Amherst, Massachusetts where she attended the University of Massachusetts for
her undergraduate degree. She graduated from the Wisconsin School Of Veterinary Medicine in 1991 but now
calls Utica home! She and her husband, Tom, have found it a wonderful place to raise their two daughters,
Margaret and Mia. The family currently shares their house with three dogs and two cats. and recently have
begun keeping chickens, which they really enjoy. Dr. Hilton is also the staff veterinarian for the Utica
Zoo, where she applies all her experience working with her patients as well as some extra study and
creativity in order to take care of a fascinating variety of animals. With any free time she can manage, she
enjoys camping, cross country skiing, hiking and travel. Dr. Amanda Mondt spent her childhood years in Syracuse, NY. At the age of 5, when she got a hamster as her
first pet, Dr. Amanda knew she wanted to be a veterinarian. Throughout high school, Dr Amanda spent time as
a kennel assistant at a local small animal veterinary practice, loving every minute of it. She earned her
Bachelors degree in animal science from Cornell University in 2015. Dr. Amanda interned at the Utica Zoo in
the education department in the past. Her favorite animal was a lizard named Chooch. She has also partnered
with the Guiding Eyes for the Blind organization and continues to strongly support their mission of
providing guide dogs for the visually impaired. Following her undergraduate years, she worked as a
veterinary kennel assistant at a small animal specialty referral practice in Syracuse, gaining valuable
knowledge about emergency medicine and surgery. Dr Amanda returned to Cornell in 2016 to begin her studies
at veterinary school. During her vet school years, she found passion for exotic pets, sparked by her own
guinea pig, Atlas. She furthered her love of exotic pet medicine by spending time at an exotics only
practice in Arizona and she participated in Humane Alliances spay/neuter program in North Carolina. Dr
Amanda graduated from Cornell with her DVM in May 2020. She moved to the area with her boyfriend and their 4
furr children- 2 cats, 1 guinea pig and 1 rambunctious puppy. She is happy to be in a rural area where she
feels at home, is eager to meet new patients and thier humans. Dr. Anne Hobaica is a lifetime resident of Oneida County. She grew up in Clinton, New York and began her
veterinary experience during high school working as a weekend kennel attendant and veterinary assistant.
After graduating Notre Dame High School, Dr.Hobaica earned her Bachelor’s degree from Utica College with a
major in Biology and minor in Chemistry. Dr. Hobaica received her Doctorate in Veterinary Medicine from the
University of Minnesota all while continuing her work in the veterinary practice. Dr.Hobaica has never
doubted that veterinary medicine would be her chosen career path and is enthusiastic to continue her career
at Beaver Meadow Veterinary Clinic. Outside of work, Dr. Hobaica enjoys time with her beagles – Phoebe and
Ellie, and cheering on the Minnesota Vikings, the New York Giants, and the Yankees! She spends time
exercising, golfing, skiing, and relaxing with a good book.

We appreciate and value our incredible Support Staff! 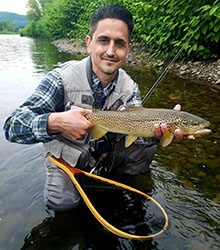 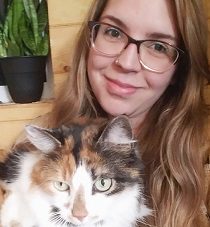 The caring professionals at Beaver Meadow Veterinary Clinic have years of knowledge and experience and are dedicated to
providing you and your pets with the best animal care possible. To learn more or to schedule an appointment, contact us today.